Don't forget to add your names in the other thread with the list of participants to inform the community about your participation.
All questions can be asked in this thread below!

Here is the location of Zinal in the canton of Valais!

It may be helpful for you. The highway Geneva-Lausanne-Sion-Sierre dies at the exit Sierre-est. 100m after the exit, you have to follow the direction Val d'Anniviers.

Further to east, in the next valley, people don't speak French but Swiss German... 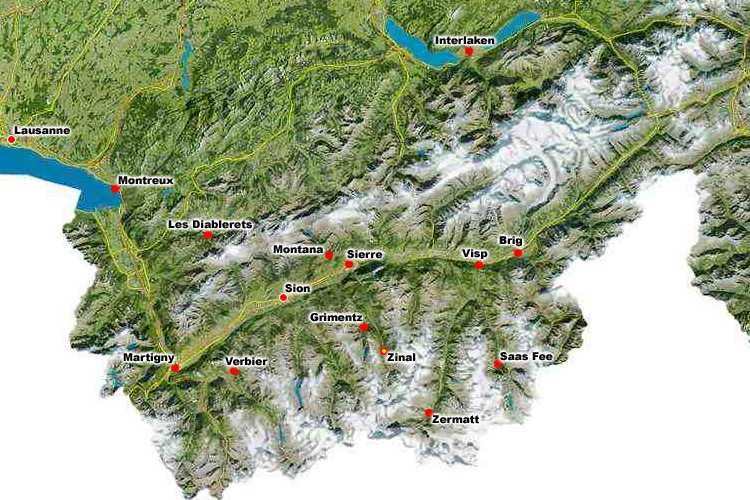 I've seen the program in pdf format. The price of 82 euros for 3 days, include the hotel accomodation and lift for all 3 days without launchs and dinners except the sunday dinner. Is it right!?!?

Do you know how much i should spend to come by train, starting from italy - Turin !?!? I don't need the exaxt price, but an idea....

Is there still accomodation available for the event?

How are the hotel accomodation? Double rooms? I could come with my girlfriend and stay in a duble room!?

pavlik wrote:The price of 82 euros for 3 days, include the hotel accomodation and lift for all 3 days without launchs and dinners except the sunday dinner. Is it right!?!?

Yes 82 Euros, but no hotel accomodation included of course:

"Packages including resort lift passes, and Saturday night meal at the Sorebois restaurant, altitude 2500 m (it includes a few goodies too: T-shirt, ...)"
Note that the normal price for a skipass would be 30 Euros for one day!


pavlik wrote:Do you know how much i should spend to come by train, starting from italy - Turin !?!? I don't need the exaxt price, but an idea....


pavlik wrote:Is there still accomodation available for the event?

How are the hotel accomodation? Double rooms? I could come with my girlfriend and stay in a duble room!?

Yes because it's low season. There are some cheap rooms to expensive ones, as you wish. Ask everything to the number given in the PDF.

Unpublished pictures have been added recently to the Album ECS III in the Gallery (mainly on the pages 3 and 4 of this album).

If you participated to this event last year, maybe you will discover a picture of yourself

If you were not present, join us this year and enjoy the nice and friendly atmosphere. No need to be an expert, though the level at extremecarving is rising... A good reason for the Team Swoard to continue organizing this event in the future

Is the ski-pass valid only for Zinal or is it valid in the whole sierre-anniviers ?

its a zinal pass

its a zinal pass
If for major reason the event is moved to grimentz like last year, the pass will be for grimentz etc..

While the snow quantities are insufficient at many places in the Alps, while 72 resorts among the 207 Swiss resorts are closed (it has rained up to 2400m yesterday!) and while the snow conditions are also bad in France (like at Avoriaz for example, but not at Chamonix which is high enough)...

the snow conditions (on 20th January) are good at Zinal !

Resorts like Zermatt, Zinal and Verbier are happy this year. It was the opposite last season until the middle of February: tons of snow at many places except in the center of the Alps.

Today on 20th January, I have been confirmed that there are no stones at Zinal on the slopes (thanks to the artificial snow made with 66 new snowmachines and of course thanks to the snow falls), except a few stones on the black piste "La Corne". The black piste "Barthélémy" is not prepared yet (they want to preserve it for the ECS, I guess

) while the lift "Durand" is open.

Tomorrow the temperature will drop down (10 degrees!) and it's going to snow on Tuesday and Wednesday. We will keep you informed, but the things seem good for the ECS

Check the Zinal Webcam out from time to time: http://www.zinalski.ch/webcam/image.jpg 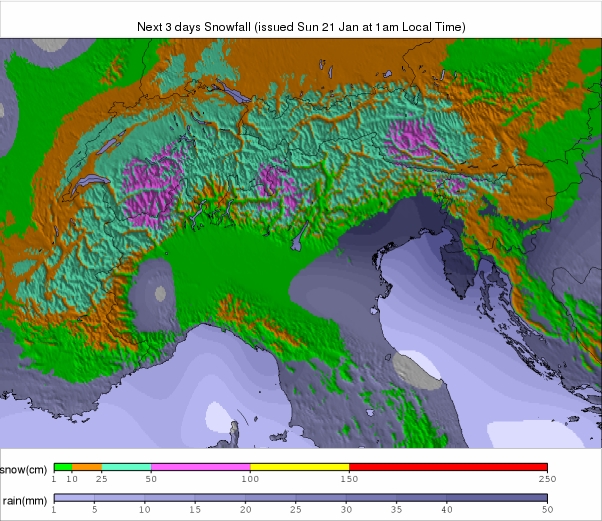 Every year there are too many persons who miss the group photo! Please make people know the following rendezvous:

On Saturday: we meet at 11:45 close to the stand for the group photo

Of course come to both rendezvous! It's also a way to meet people you would like to share the lunch with. It's better to go to the restaurant before 12h15 otherwise it could be crowded.


During ecs, i'll take with me some Swoard goodies and deliver all the people who have allready ordered something.

You can buy and order some goodies saturday evening at the restaurant.

I'll have in stock one or 2 pieces of each of these products. except baseball cap about 50 pieces.


For each of you and as always at the restaurant on saturday evening Swoard'll provide you free tee-shirts and this year for the first time Women tee-shirts are also available.

happy to see you all at the ecs...

Unfortunately I failed last year, but I'm planning to do better for this year's ECS

Excellent news from a friend in Zinal, on 24th January!

It will be excellent for the ECS!

fivat wrote:Excellent news from a friend in Zinal, on 24th January!

It will be excellent for the ECS!

The Barthélémy has not been prepared, the cover on it isn't really so good and I'd be surprised if it opened soon although they've been busy maintaining slopes for three FIS races here this week.
warning : snow depths may go down as well as up
Top

Grrrr!
If you see José on the slopes (with his Swoard), tell him that he gave me wrong info

fivat wrote:Grrrr!
If you see José on the slopes (with his Swoard), tell him that he gave me wrong info

I'll ask a pisteur if I get a chance. It felt thin to me as it scraped my bases skiing it at lunchtime though (as a closed run). Otherwise though the conditions are good though.
warning : snow depths may go down as well as up
Top
Locked
35 posts