Stance - How to set your gear?

This is cool. Thanks for all those who contributed.

So we concluded that the 3.5 vs height rule works, and it even works better combined with the 0.6 vs leg length rule.

We also completed the angulation and the canting / heel lift topic.

I still have a principle to discuss: Does everyone agree that for EC the bindings should be placed simmetrically on the board (no longitudinal offset)?

Any other topics on settings?

Nils, you might want to include the results of this topic into the Technique / Settings sequence. (I mean only the ideas that are not there already and only if you wish, of course, it is your decision

Not Nils, but I, will include/modify the technical Web pages

Many things to update! Our priorities for now: developments and boards tests with our new factory...


Many things to update! Our priorities for now: developments and boards tests with our new factory...

Does this mean the decision for the new factory is already made and if yes could you share the secret ?

Ablazespy is right and that 3.5 is not right.


edit: Messed up. the distance is from your ankle to the middle of your knee.

I will mount my Swoard tommorow with this thread beeing the guideline.

tommaso2k wrote:Does this mean the decision for the new factory is already made and if yes could you share the secret ?

It's too early. Developments take time and we can't give any date before January.

We want at least the same performances as before, and prefer quality to precipitation. We want to create again the best tool for extremecarving (and carving), then we will reveal the secret

The most demanding persons are the riders from Swoard themselves

Together with a friend of mine we came up with a formula to calculate the most ergonomical stance. We took into account:

The formula calculated for me a stance of 48 cm with 1 degree of canting in both bindings + more forward lean on my back hardboot (around 20 degrees). This stance is calculated based upon a formula to come up with the most "natural" stance.
Top

Can you present you're formula! May be in an Excel sheet where people can put down their info and get the data from. Or just share the formula and I will create the excel sheet myself!

We have the formula in excel of course. I will see if i am able to post the excel of have Nils upload it somewhere....
Top

Jesus Christ and fresh corduroy! This stance setup is not rocket science which would need excel sheets and formulas with 4 input variables, much more proven practice is to go to slopes with small screwdriver and mess with setup until it feels comfortable.
It certainly seems that people are bored as hell from this autumn and need winter to get out to slopes if they start inventing something like this

the theory behind the stance calculation according speedcarving.com

If a person stand straight up and his ankles and legs are vertical you get your basic stance. when he puts one foot in front of the other at the same basic stance you only need forward-lean. and if you stands wider you need canting.

Let say, a board 0f 170cm has an optimum stance of 48cm. a long person needs less canting then a short person. The angle from the vertical differs from leg length. Da vince has made a nice presentation where you can see why we need canting (see Vitruvian by Da Vinchi ).

The most important distance is the length between your hip "hinge" and the sole of your boot. This length differs from length. It depends if your legs are straight or slightly bend (basic snowboarding posture).

The only problem is when you want to order a custom board. What stance do you want???

first to question your theory: Where do you know, that one's legs are exactly vertical? most interesting would be the distance between the hips, right?

Then: Does a board have an inherent optimal stance

I don't believe. There is rather an optimal system stance for a rider-board-combination.

Last point: stiffnes and shape of boots are a main factor for optimum stance and canting if wanted.

Let's try it the other way: The goal is to have the widest possible stance for maximum board control. But if the stance becomes to wide, you lose flexibility. Undependent from the riders geometry as mentioned, the amount of flex that will be left, will be left depends on the rider's own flexibility (hips, knees,...), the boots and bindings (and their contact surface). Also the angulation is affecting the "calculation", but depending again on foot position in the boots, rotation of the hips, etc. Maybe trying out is easier and will lead to better results

Yes... the distance between the hips is right. If you look at the pelvis structure and the bone structure of the upper legs, its difficult to measure.

I totally agree with you... trail and arror is most of the times the best solution. As a scientist i just want to know if it is possible to calculate... its part of my passion for snowboarding.
Top

Very cool.... I had a feeling that you were using the Da Vinci model. On the other hand, I believe the function will be too complex and will lead to more questions than answeres

However, I partially disagree with Vkrouverk. It is a good challenge to work on scientific models, because it helps us in understanding our environment. Sometimes a practical approcah is more useful (in this case go out to the slopes and try it) but the theory is still useful.

E.g. we all know that gravity drives us on the slopes and it does not seem to be too complex, but we do not say: stop the scientifical researches regarding gravity, because Newton once had an apple and we all know how it works....

So, we might be bored, but I appreciate that some guys dedicated some time to develop a model in XLS. Pls e-mail it to me if possible.

I still have to re-do my homework... i will send the sheet to Fivat as soon as its ready....

Here an image of my basis of calculations 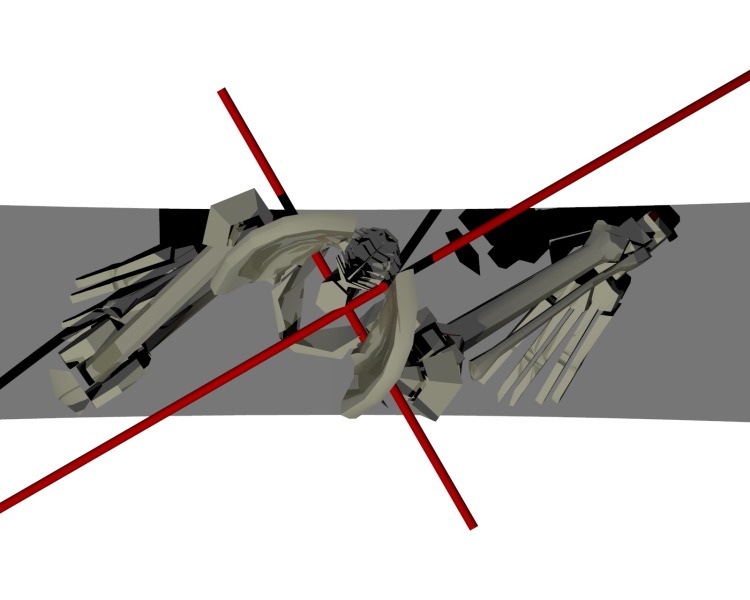 Theory can be particularly useful when it reflects practical experience. F.e. there is a scientific proof that women are evil (I apologize to all the girls in the forum and to all who already know this):

1. First we have to state that women require time and money:

women = time x money (I know, this is the weak point in the calculation)

2. Then we know that time is money:

3. And money as we know is the root of all evil:

4. So by a simple transformation we get the result: